JW Lees is a family brewery company, founded in 1828 and based in Middleton in North Manchester. Six generations on, JW Lees is proud to still be brewing beer on site in the traditional way using similar recipes. The company now employs just over 1,000 people, 140 at the brewery and 865 in its 36 managed pubs, inns and hotels, as well as letting a further 105 tied pubs to self-employed tenants. Real ale is at the heart of JW Lees and the brewery produces cask ales including CAMRA award-winning Moonraker dark ale, and limited edition seasonal cask ales. But JW Lees is nothing if not progressive and also brews lagers and smooth beers in its state-of-the-art brewhouse.

Keeping the Bugs Out

Ensuring the quality of the various brews is the job of the Quality Control Laboratory. Here the microbiology of the brewing process from wort to final packaging is monitored for the presence of a wide variety of spoilage organisms that could affect the appearance, nose and taste of the product and, just as critical, the integrity of the yeast strain that is unique to each beer. The laboratory is also responsible for supervising HACCP (Hazard Analysis and Critical Control Point) and the effectiveness of cleaning in place (CIP). Microbiological assay requires absolute sterility of the nutrient media on which micro-organisms are cultured and the laboratory glassware which is used for testing. There is no substitute for steam sterilisation and, back in 1996, JW Lees purchased a second-hand Astell autoclave that had been originally supplied to the Morland Brewery in Abingdon – home of Old Speckled Hen – in 1986. Its served its new owners well for 21 years until, in 2017, it finally became part of brewing history.

Assistant Brewhouse Manager, Jon Gillibrand, had to find a replacement autoclave and, on the strength of those 21 years, he bought an Astell AMA270 top-loading 135 litre autoclave. “If it gives as good service as its predecessor,” says Jon, “its money well spent!”

The AMA270 is a direct steam model meaning it is supplied with steam from the brewery boiler rather than the autoclave generating steam internally. This means that cycle times are very quick because there is no waiting time for the steam to be generated. 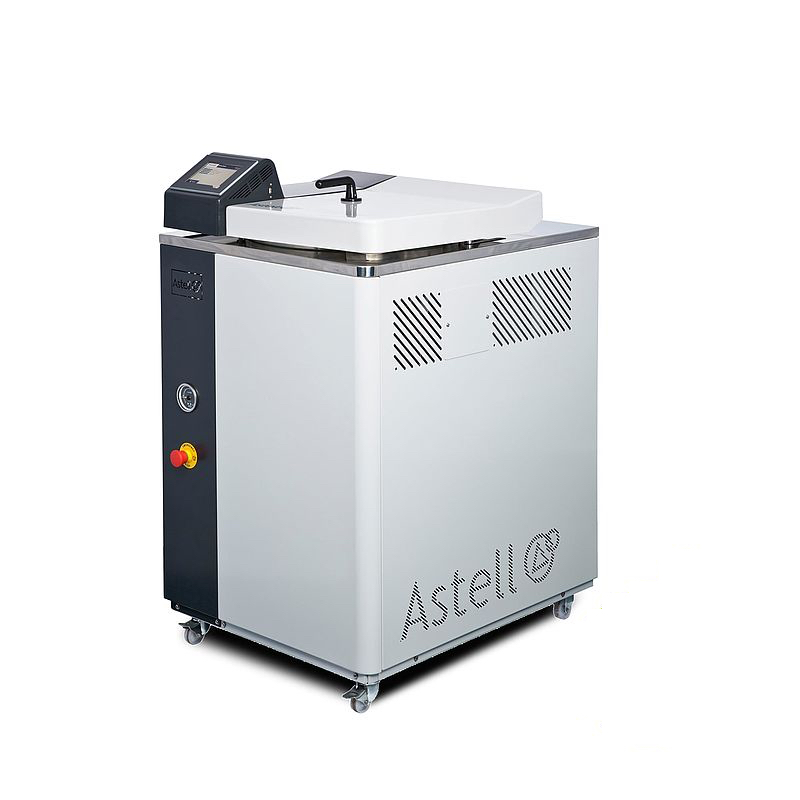 These options enable a top loading sterilizer to be tailored to the needs of the customer by speeding up cooling, dealing with liquids, porous-type loads and allowing a wider range of items to be efficiently processed.

Contact us now on +44 (0)20 8309 2031 to find out more, or request a quotation by clicking here. For organisations outside the UK, please contact your national dealer who can be found on our Find a Dealer page.