Some history on the two men responsible for the Astell name, courtesy of the Institute of Science & Technology.

The name 'Astell' was created around 1950 when dairy scientist Tom Ashton and his friend and colleague Reg Cuttell established the Astell Laboratory Service Company Ltd. to offer a range of products and consumables to the growing laboratory sector, the name ‘Astell’ being an amalgamation of parts of both their surnames.

It is this business, later merged with Charles Hearson and Co., that was renamed Astell Scientific in 1988, and now specialises in the manufacturing of autoclaves and sterilizers.

The following article is provided courtesy of the Institute of Science and Technology and appears in the Winter 2010 edition of the IST Journal. It is written by IST Archivist Alan Gall. A version of the article originally appeared as ‘Astell’, Members’ Newsletter – Society of Dairy Technology, in January 2009.

Find out about the Institute of Science and Technology on their website. 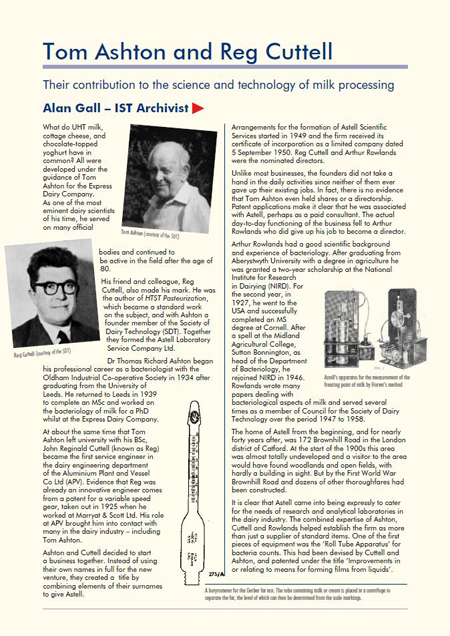