Expo organisers award us 'Tweet of the day' for the most entertaining show image.

We are delighted to announce Astell Scientific has been awarded 'Tweet of the day' at the ArabLab 2017 expo in Dubai. As part of it's news and promotional coverage the organisers have been sharing exhibitors Twitter posts and awarding a prize to their favourite on each day of the show.

Astell posted a photo of Export Sales Manager Stephen Pagany and this was subsequently selected as a winner by ArabLab. The prize was collected by Stephen and Sales and Marketing Director Dave Thomas today.

Early reports indicate it has been a successful show for Astell, with a high number of visitors and enquiries to the stand, where we are demonstrating examples of our new-look Benchtop and Compact range autoclaves.

If you were unable to make it to ARABLAB, please Contact us to discuss your requirements further. 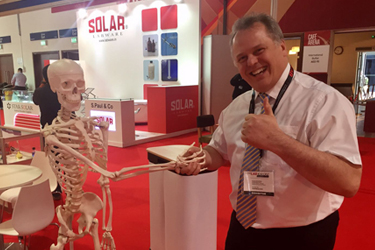 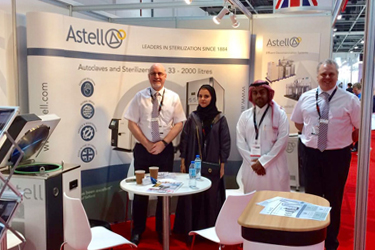